ELVIS HAS LEFT THE BUILDING 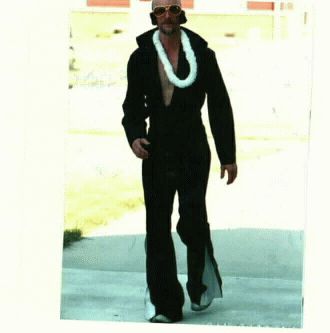 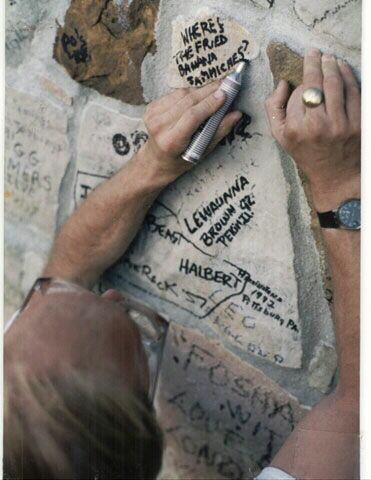 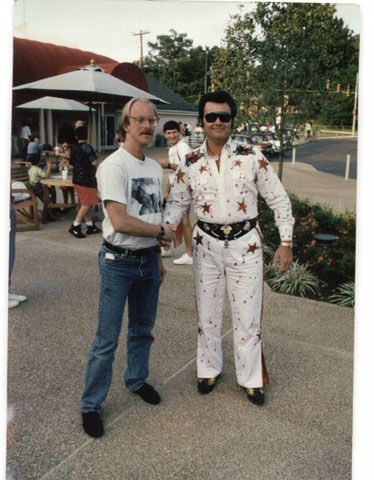 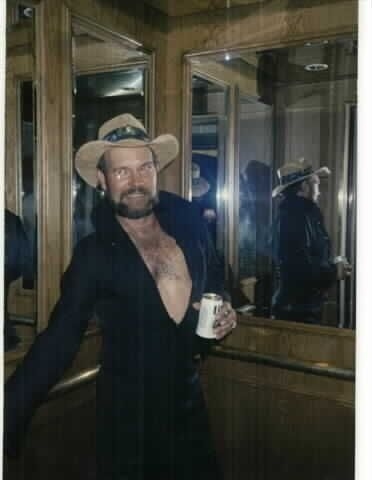 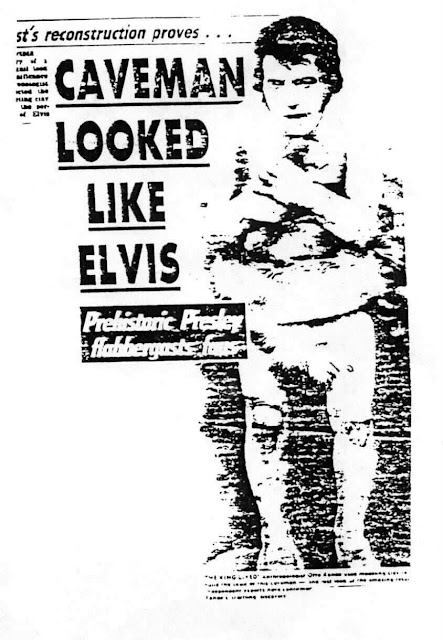 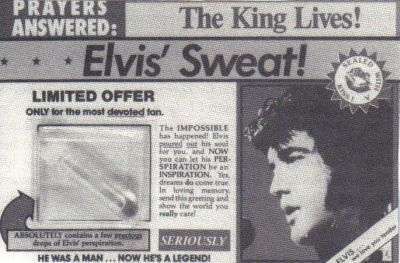 Yes. I worked with an Elvis impersonator. Somehow, I ended up with one of the jumpsuits that had been at a dry cleaners. And that indeed is me wearing it on my 40th birthday-9/9/9-and Robert Petitt wearing it even earlier, a a World Horror Convention in Nashville in 1991.

The other pieces are from the late and lamented Weekly World News. My favorite conspiracy coincidence is this. In his later years, the concert opened with "Also Spake Zarathustra", the theme from 2001: A SPACE ODYSSEY. Elvis died on August 16th, 1977. Add it up.