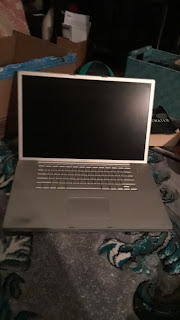 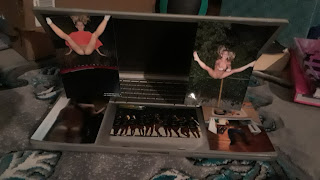 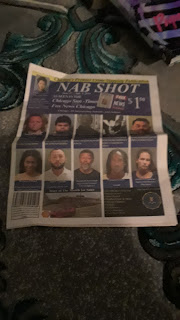 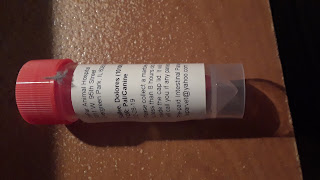 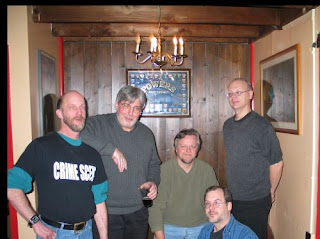 Finally sent him a laptop Larry Santoro used in 2004. Larry died in 2014, a few weeks before my dad did. That's Larry standing next to me, with Roger sitting, and then John Everson and Marty Mundt standing. Roger was able to find a lot of unpublished work of Larry's and partially-written pieces, so there's a chance there might be something coming out soon with words hidden for who really knows how long? As always, I give Roger extra things, like jazz CDs, and this time it was a copy of MUG SHOT and a tube that is meant for fecal matter from a dog. Also, since he makes films like PLATYYPOSSUM, which you can see on Amazon Prime, I sent him a few ties that a sheriff in one of his future movies might wear.
Posted by Wayne Allen Sallee at 12:55 AM