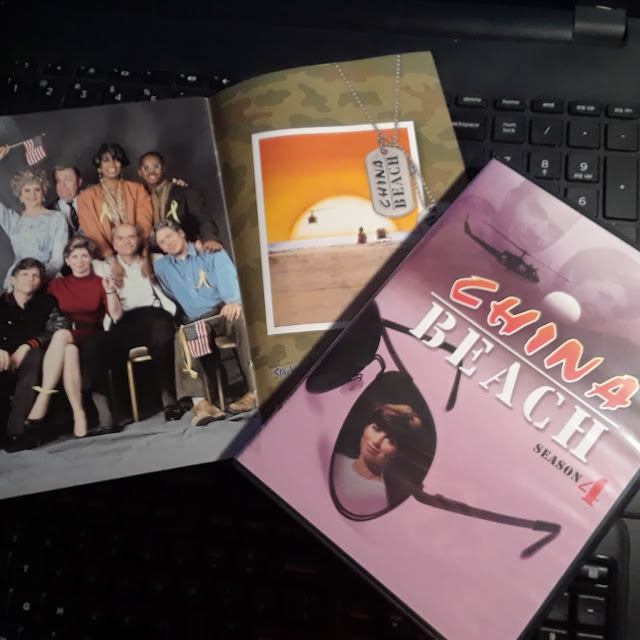 I'll be watchin these episodes over Memorial Day. Set in 1989, the actors in make-up relate their lives after the war and the show's setting in 1969. Brilliant idea, really. The show debuted in the fall of 1989, and I was in the hospital for the first few episodes, my arm in a cast. When S2 aired, I was again in the hospital, the plates and screws having broken up in my ruined arm.

Somewhere along the line, Karl Edward Wagner, the guy who gave me a name by reprinting my stories in Year's Best Horror from 1986 until his death in 1992, learned of my crush on Dana Delaney in her nurse uniform. Every few weeks, I'd get mail from Chapel Hill NC, postcards in Karl's handwriting signed by "Dana". An article from TV Guide or the local paper, with a word balloon coming from Delaney's mouth as she professed her undying love for me. Old times, fun times.

But whenever I watch CHINA BEACH, I hear the moans and be actutely aware of the smells at 3AM, the ones at Holy Cross Hospital that I'd become intimate with.
Posted by Wayne Allen Sallee at 12:13 AM