AND THEY TOOK OUR NEIGHBOR AWAY 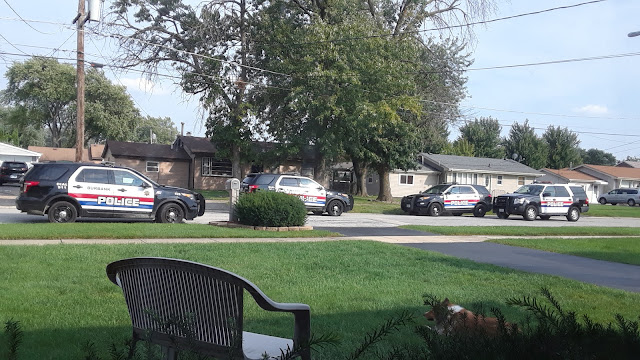 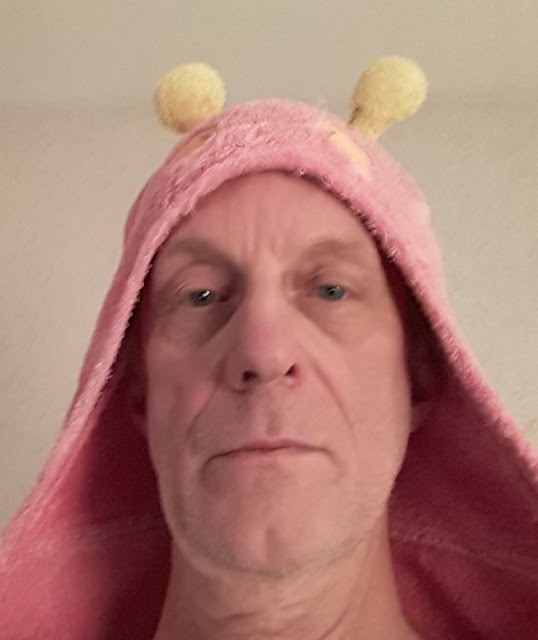 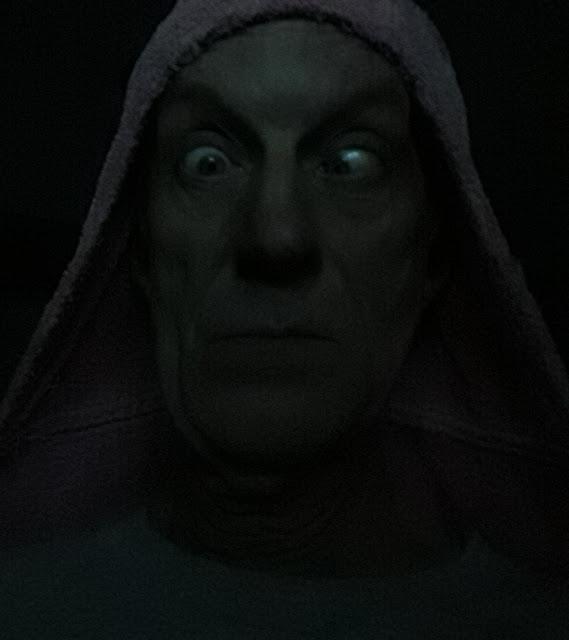 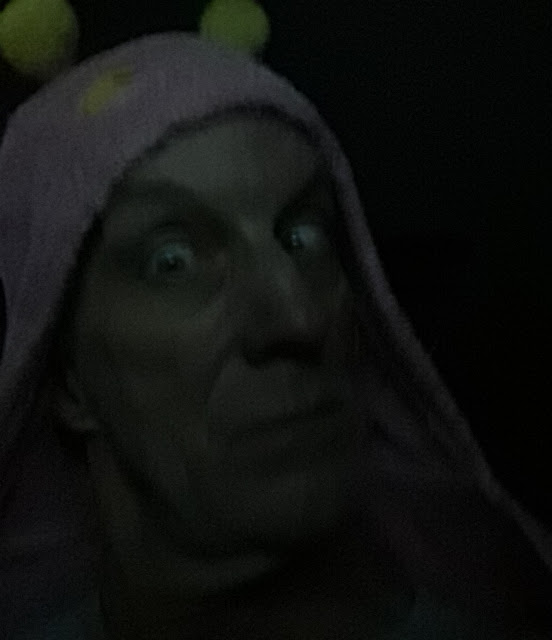 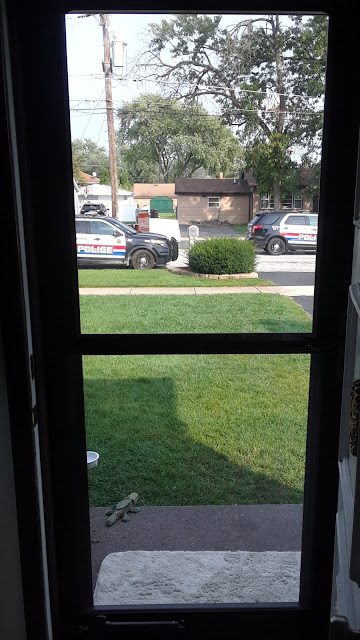 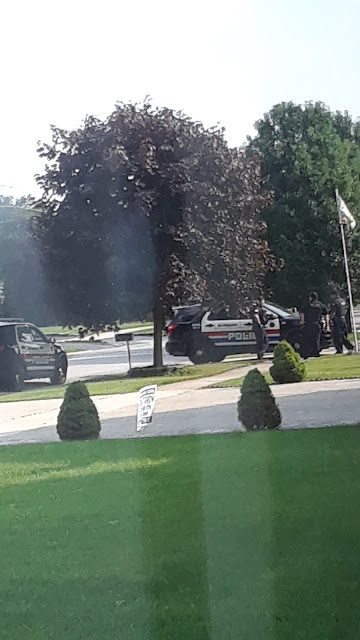 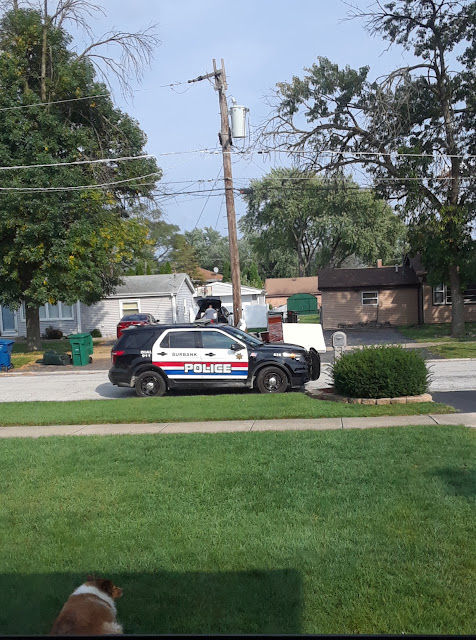 The police came out in force to take our neighbor away. Not drugs, just drunkenness.  This has been an ongoing thing for a few years, and at one point a restraining order was involved. The cops all know Pal by name. The outfit I'm wearing fits the narrative. The woman had that over her head last March, the doorbell rang at ten PM, and it was freezing hail out. I couldn't tell who that was, arms wrapped around herself, it was just a pink frog with yellow eyes. A gift from Whitley Strieber.  I shouldn't have let her in, I know. But there she was, with her daughter's pool towel, hail pounding into our gutter. Her husband eventually came, they left, I washed the towel and set it in a bag on the porch the next day. Several times over the course of this damnable summer she was at the door, begging to come in, reeking of Newport. Sun was out so it never happened. No one knows where she will go. Her son from another marriage will not take her in.
Posted by Wayne Allen Sallee at 12:12 AM