CHANGING AROUND MY OLD BULLETIN BOARD, BECAUSE IT FELL DOWN

Random images, some going back fifteen years. The girl in the center was from an ad on the back page of The Onion, when it was still a print magazine. There's Mitch and his famous quote. The religious tracts in a row are new, I had about five up at the top, but someone has been leaving new ones in the lockers at LA FITNESS and every now and then I come across one. Prized possessions: my cracker jack card and the orange fold-out at the top, which is the old-timey cards that grifters or actual Deaf people hand out on trains. Plus some convention passes, including Chicago Comic-Con before it was eaten by WizardWorld, and some Taste of Chicago tickets. 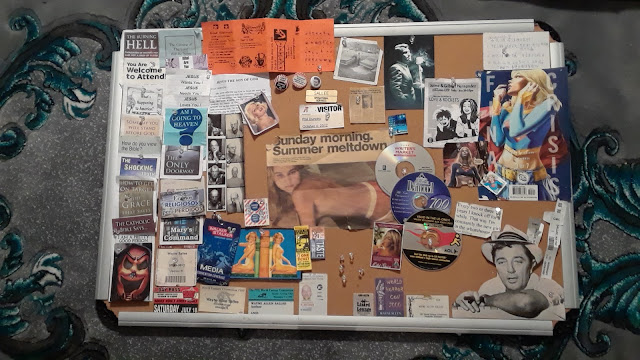 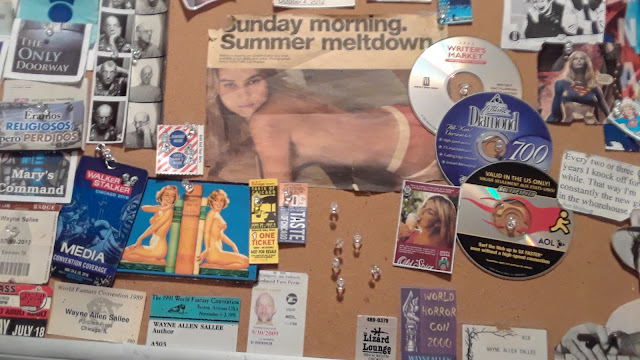 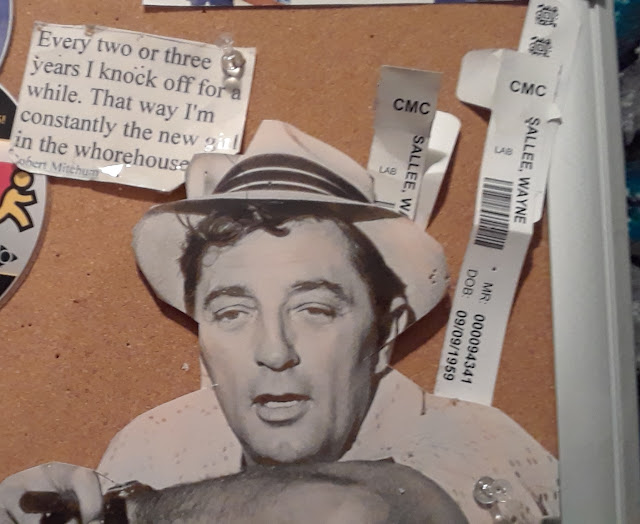 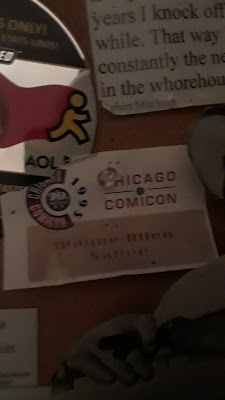 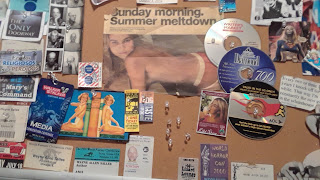 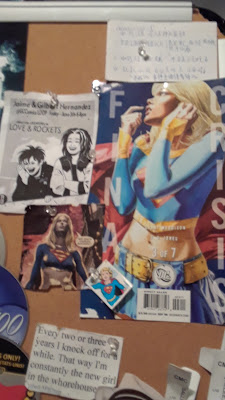 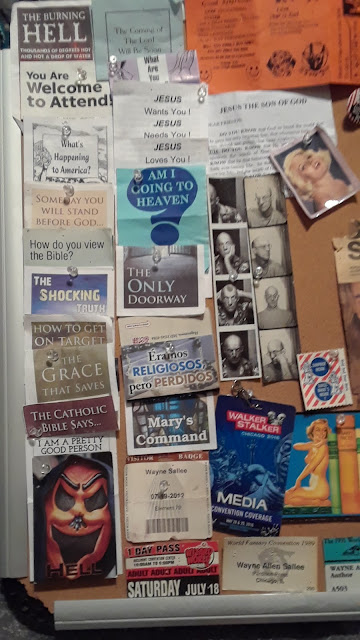 Posted by Wayne Allen Sallee at 12:23 AM