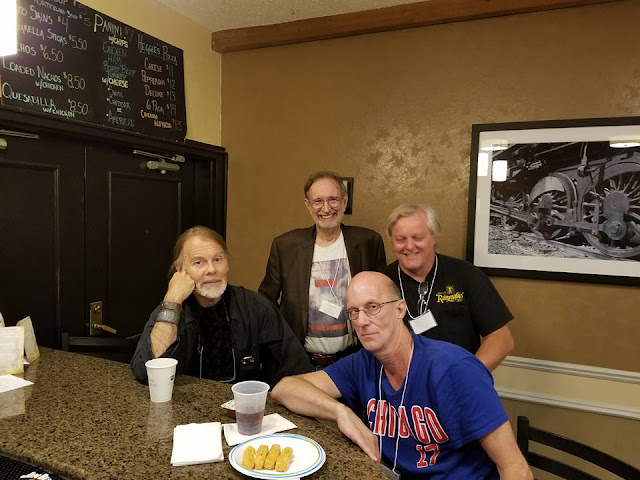 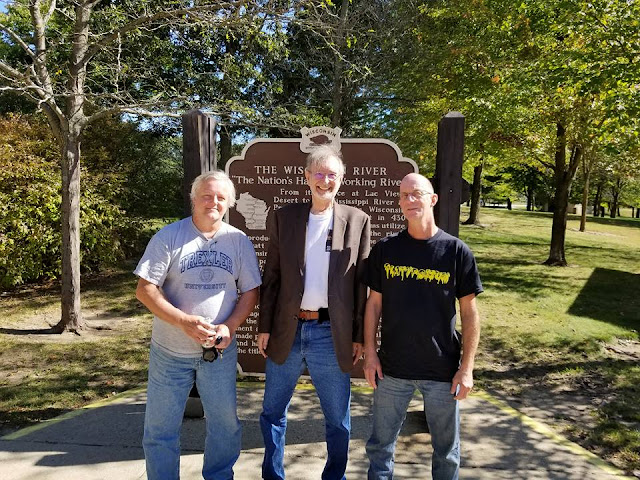 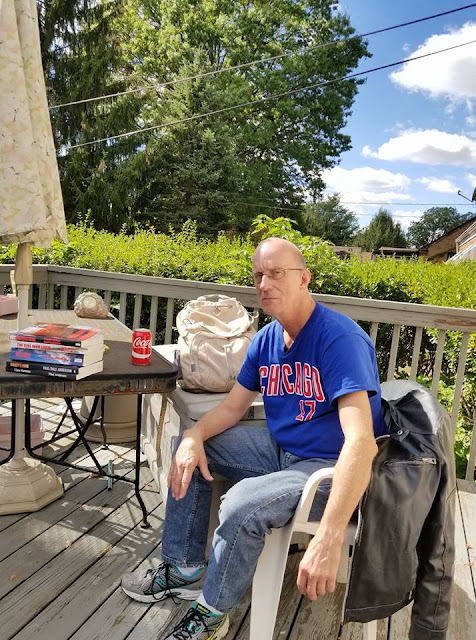 I'll eventually post my photos once T-Mobile lets me do so. For now, here's one of Rodger Gerberding, a fantastical artist and stage actor from Council Bluffs, Iowa, Paul Dale Anderson, author of Claw Hammer and a million other books, Roger Dale Trexler, who published two books of mine and has published several books of his own. Now a filmmaker, his first film, PLATYPOSSUM, was shown at a theater in Carbondale, Illinois. Then there's me with my mozzarella sticks. The second photo was taken by a very serious looking kid with a Wausau t-shirt on and he honestly looked like Snake Plisskin in Escape From New York. The third is of me in Paul's backyard in Rockford as we waited for Roger.
Posted by Wayne Allen Sallee at 12:18 AM