ANIMAL MAN AS IT APPEARED THE MONTH I WAS HIT BY THE CAR, LOOK FAMILIAR? 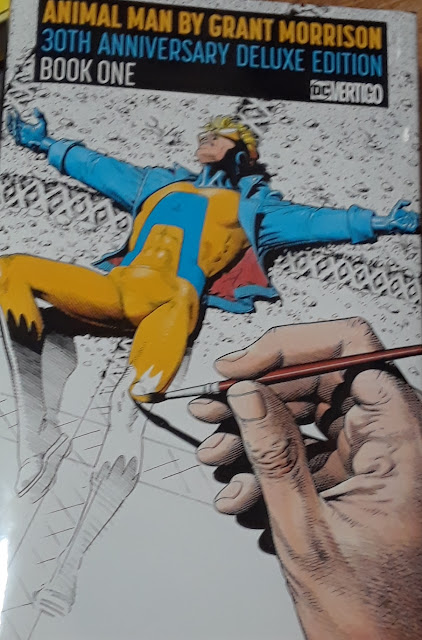 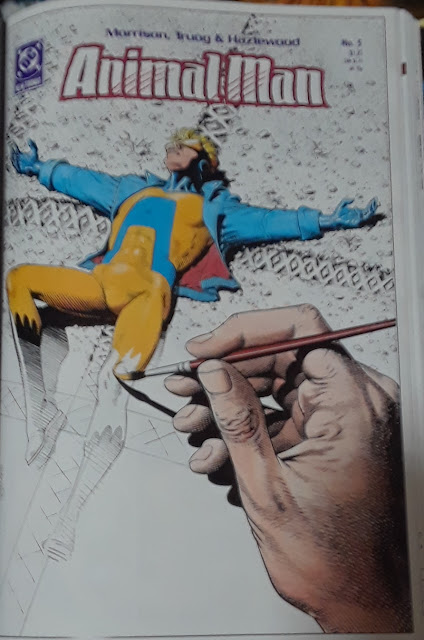 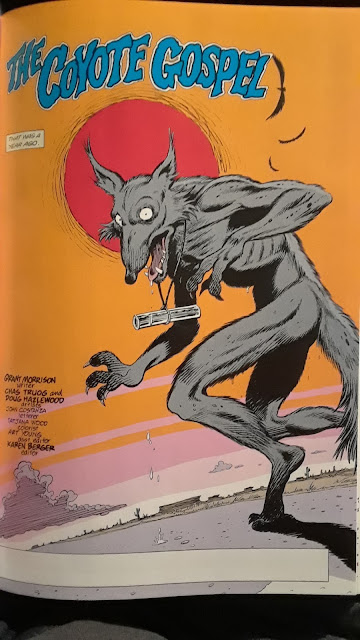 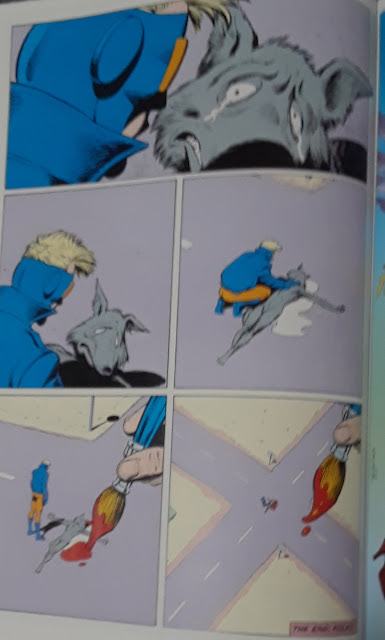 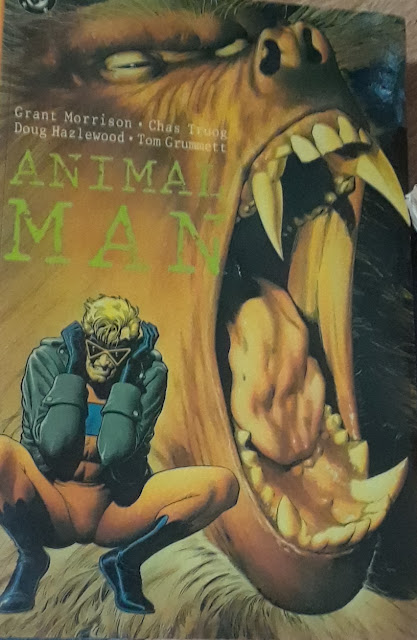 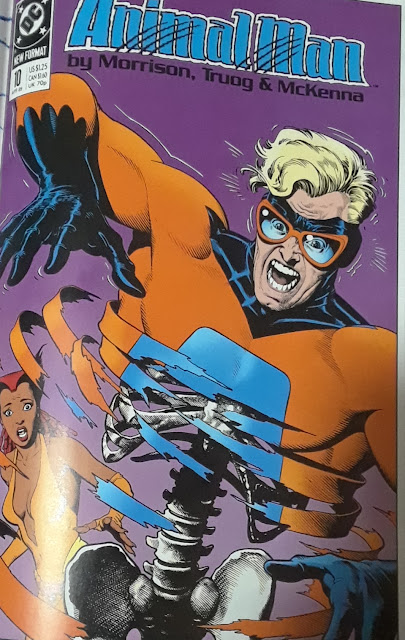 So Grant Morrison's first real work fort DC was on a 26 issue run on ANIMAL MAN, a C-lister from a few STRANGE ADVENTURES comics in the 60s. The 30th Anniversary Book One edition came out a few weeks back, and, of course, 30 years is the anniversary of my getting hit by that car, as well.  The run itself deconstructed the character, literally, and by the end,Animal knew he was a character in some other reality because he couldnm't possibly be the same guy from the 60s.

Anyhow, we have here the two covers for the current book and the release of the three trades, then the original trade from the 90s, and the best comic story every written, "The Coyote Gospel", ending with the cover of this issue that was on the stands when I was hit by the car. Me being torn apart. Everything connects. What happened happened.