In John Wayne Gacy's Own Words, Donald Trump Was The Serial Killer's Hero 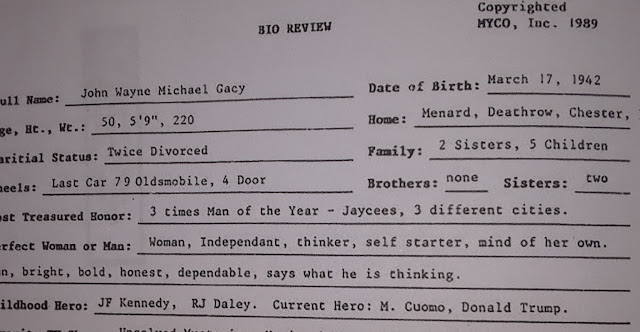 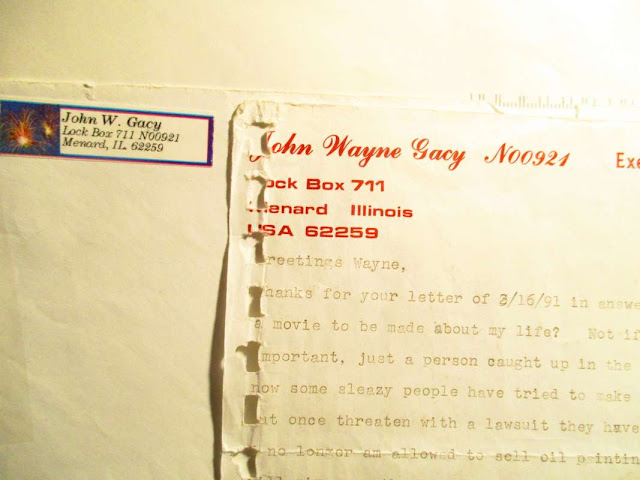 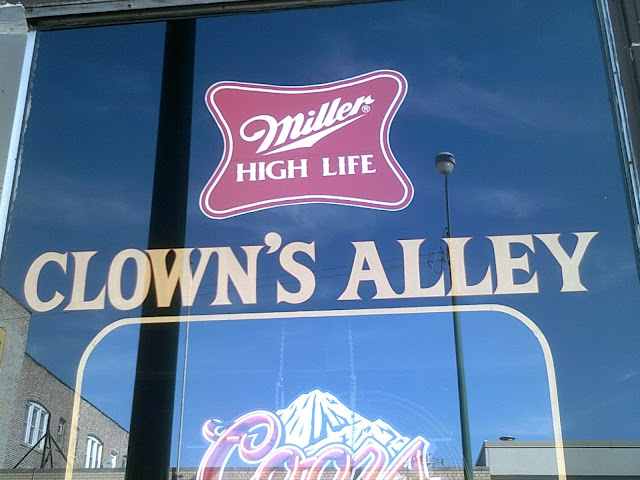 I corresponded with John Wayne Gacy in the year leading up to his execution to get material for an article I wrote for Deathrealm magazine, "Send In The Clown". One thing he provided me with was a questionnaire that he had filled out for me and had also asked me to send him the same. I sent him a photo of a bar that used to be on 59th & Albany, Clown's Alley. Few people have seen this data sheet from Gacy.

Yesterday, Trump decided to talk about shithole countries and immigration and there were enough people from both parties in the conference room to hear this and there is no walking back from it. He asked why there couldn't be more immigrants from Norway. The first thing I thought of was that the first countries Trump immediately thinks of have a population brimming with blond-haired and blue-eyed men (and women).

I don't want this to be click bait, which I doubt it will be seeing as how I've rarely topped twenty views per entry, but it just seemed right for me to mention to people who may never have known, or did know and had forgotten, that the man who had strangled thirty-seven young men and buried most of them in the crawlspace of his house had evolved from having a childhood hero in John F. Kennedy to a "current" one in Trump himself. (He does also mention Chicago's Mayor Richard Daley and New York's Governor Mario Cuomo.)

Again, I'm not trying to shock anybody by saying that Gacy thought of Trump as a hero. This is more a post about the difference between shitholes and shitheads.
Posted by Wayne Allen Sallee at 11:10 PM